A visual guide to page scaling.

Two posts in one day. Blimey. Don’t get used to this kind of thing, you guys…

Following on from the last couple of posts on the subject of scaling a wild question appears (courtesy of @RobinPierce and ‏@MD_Doodles – thanking you both kindly).

It’s all well and good knowing that printing a comic litho at the US Standard size is more expensive than printing it at the CPUK UK Standard, but what does that actually look like? And as a backup question: just why can’t you print a US standard size comic from A4 source files anyway? Have a little look at these: 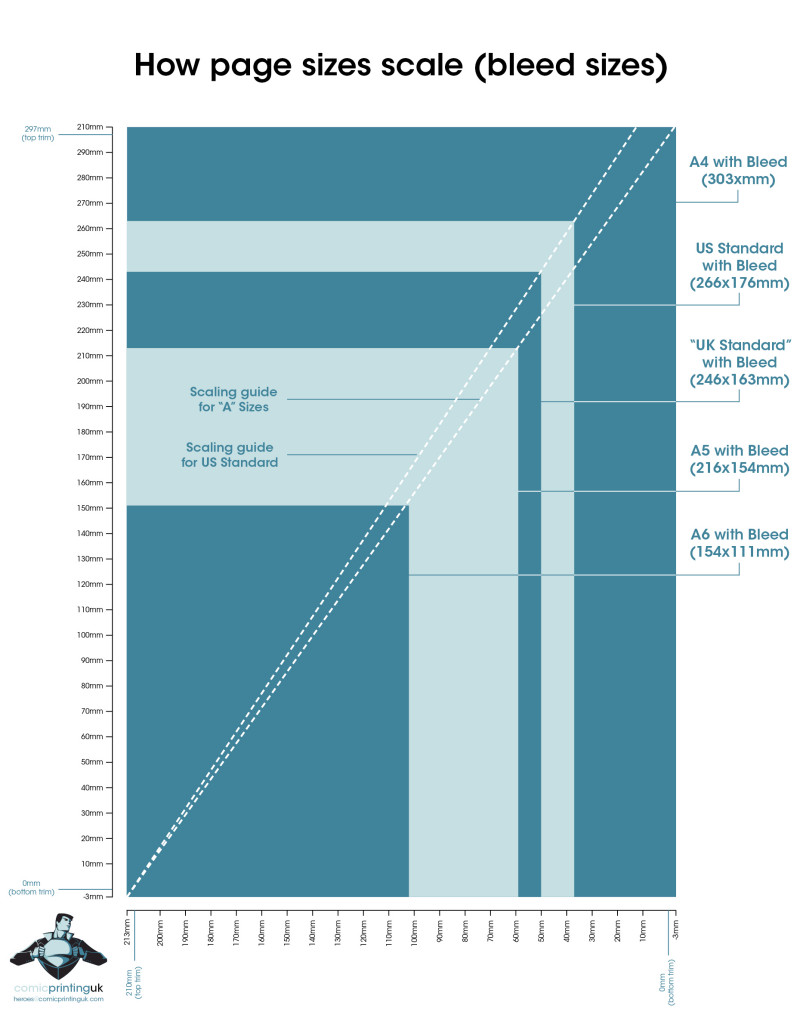 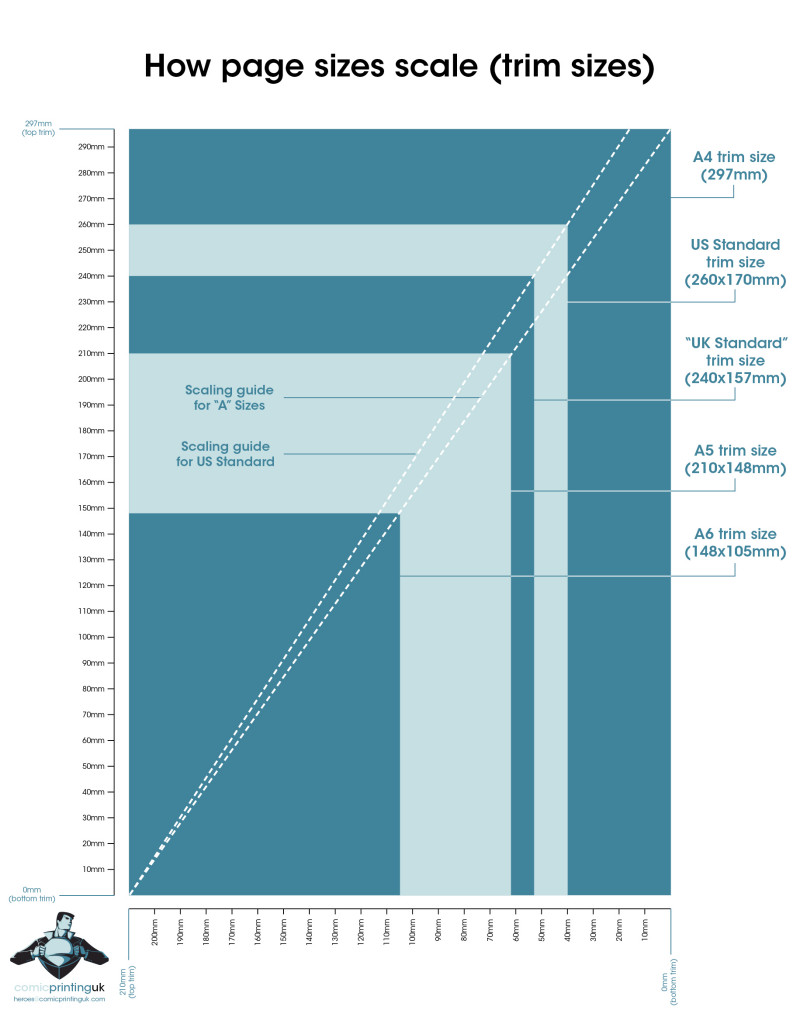 Fun, no? No? Oh. OK, here’s how to make sense of them. You might want to print these out – that’ll come in helpful later.

Have a look at my cat for a minute, ain’t he pretty? 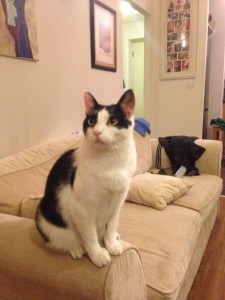 Now have another look: 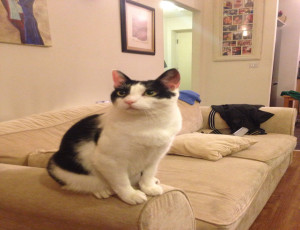 GAH! KILL IT WITH FIRE!

And thus the importance of maintaining one’s aspect ratio is demonstrated. Think of your A4 comic page as little Mill in the top picture there (we named him after the philosopher, yes – there’s a story). The second picture is what happens when you try and make him into a US Standard or UK Standard page. He gets all stretched out and fat like. Nothing like the noble beast he is in reality… 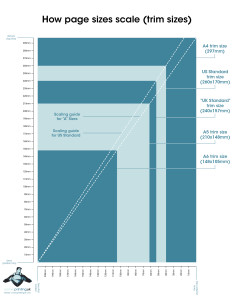 Cat pictures can be distracting. They looked like this. Up at the top.

If you want to print something at US standard size, and you’re drawing it on an A4 sheet of paper, you have a dead space at the edge of the page that you can’t use (see where the leftmost dashed line reaches the top, but hasn’t reached the right hand side yet? Everything right of that is dead space – draw a line down from that point of intersection and you’ve marked it off. It’s at 194mm trim and 200mm bleed.)

But I’ve already drawn everything at A4!

That’s fine, that’s not a problem at all. All that means is that it won’t scale into a standard size. No big deal. Work out how tall you want your book to be, take your printouts, rule off from the desired height to the desired scaling guideline and you’ll have your print width. Let’s say you’ve drawn on an A4 sheet, but want to print at UK standard. Here’s what that looks like (working with the assumption that you’ve allowed for bleeds as you’re drawing): 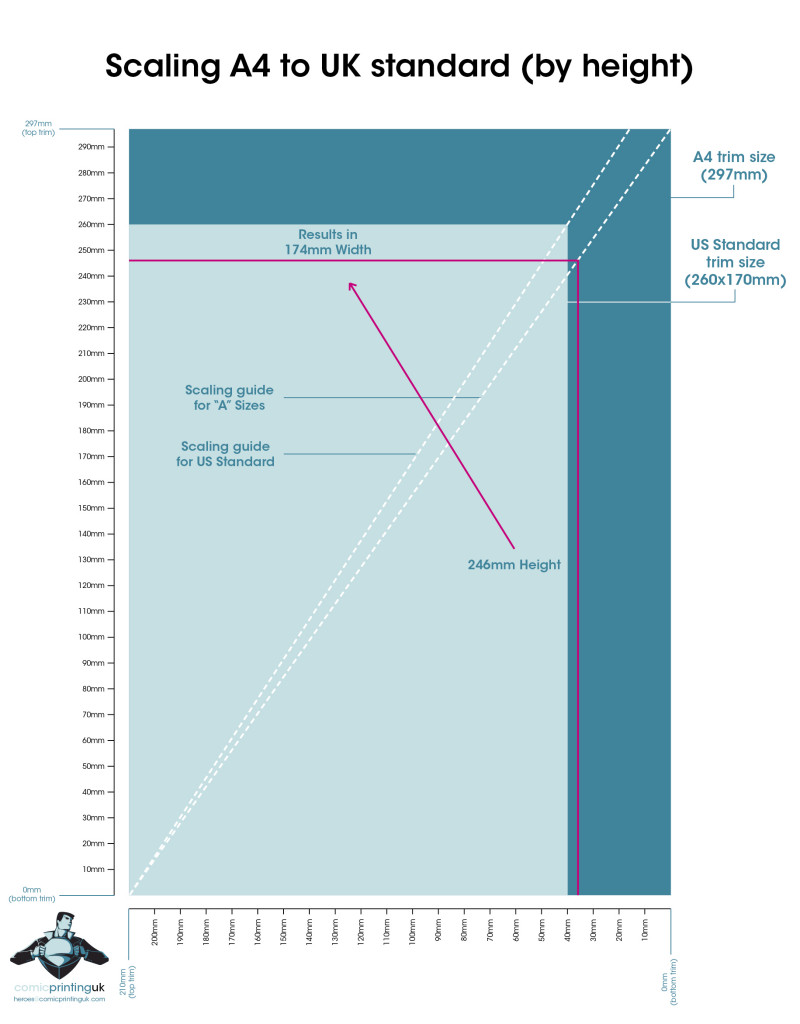 And that’s just gangbusters, because 246x174mm bleed size gives you a trim size of 240x168mm, which you’ll recall is the maximum size you can print at and still get 4 spreads to a B2 press (saving yourself lots of money).

Isn’t there an easier way to work this out?

Of course there is. You don’t think I’m sitting here with printouts and a ruler, do you? Jeez – those took ages to make and were super boring. I only did them because everyone always tells me that I don’t put enough pictures in the blog posts…

Have you got photoshop? Or equivalent? Super. Open up a new document for me, please: 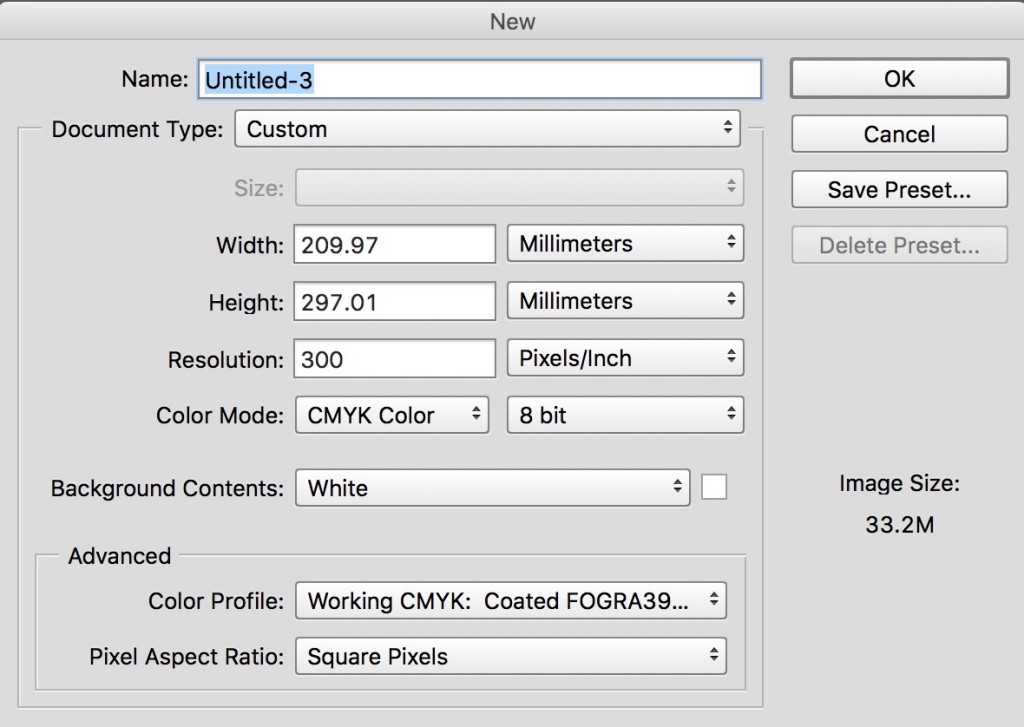 So that’s going to give me a page that’s sized to A4 with no bleeds. For now let’s work with that. Head on over to “Image Size” (found under “Image” in the top menu bar). You should get something like this: 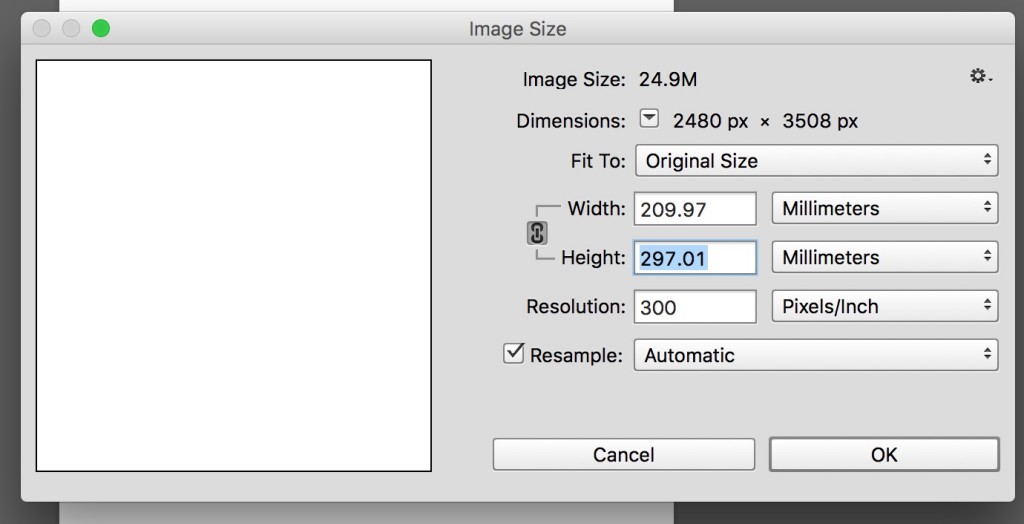 Note the lock next to the dimensions. You want to keep that locked, because now we’re about to change one of them and we want the other to change in proportion to it. In other words, you don’t want this:

OK, you’ve locked your lock. Now stick your desired dimension into the relevant box. For the sake of argument I’ve decided that I want this A4 page to go from 210mm wide to 168mm so that I can get 4 spreads to a sheet:

Photoshop kindly informs me that I’m working to a canvas of 237.64x168mm. I, personally, have no time for decimal places, so I round to the nearest whole number and end up with a live canvas of 238x168mm – that’s the size my book will be when it’s printed, and I’ve maintained my aspect ratio. Lovely!

Of course at this stage I add my bleeds (3mm on each side, so 6mm to the height and width in total) to get my total drawing canvas – 244x174mm: comfortably inside the UK standard I was aiming for.

As with the printing and using a ruler method this will work with any size so long as you have one target dimension. Let’s say you have the same A4 sheet, and you’d like to size it to US standard with bleed by height (target dimension = 266mm – US standard height + bleed):

Hopefully that made some sense. As always, you know where to find me if it didn’t and you’d like me to explain…